Recent child abuse allegations involving actor Brad Pitt have initiated a national dialogue on what it means to have allegations made against you within the context of a divorce action. 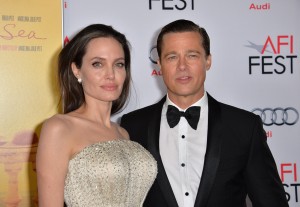 Angelina Jolie filed for divorce from Pitt in California this week, citing irreconcilable differences. It is reported that the Los Angeles Department of Children and Family Services and the FBI are investigating Pitt on an anonymous claim of child abuse against the actor made around the time of the divorce filing?

Allegations may be made by anyone, against anyone, at any time. Allegations remain confidential to protect the interest of those making the claim, and the allegations are investigated by the appropriate state agency. In Oklahoma the Department of Human Services or local law enforcement will be the initial investigating agency. A Texas child abuse investigation will likely begin with an investigation by the Department of Family and Protective Services and/or local law enforcement.

The Investigation of Abuse Allegations

Outcome of the Investigation

The ramifications of the outcome of a child abuse investigation cannot be understated. Following the investigation, the investigating agency will issue a finding that abuse either did occur, or was unsubstantiated or ruled out, or that they were unable to determine. The primary question everyone is looking to answer is whether the children are safe or at risk of harm.

If it is determined by the investigating agency that the allegations were inconclusive, the domestic court may still take action if it is found that a change in placement or custody of the child is in the best interest of the child. A finding of abuse will most often result in loss of contact with the children and a likely criminal prosecution of the party. If no findings of abuse are made, the existing custody arrangement remains in effect absent a subsequent court order.

What if it’s shown the allegations were false?

Most family law judges do not take false allegations of abuse lightly. If the allegations are determined to be false, and it can be proven the parent made the allegations in an effort to gain advantage in the divorce case, an action should be brought against the alleging party for sanctions. Family law courts are looking at all elements of the parenting arrangement when determining custody of children, and a false abuse report will backfire against a litigant in many cases and could result in their loss of custody. A false allegation of abuse report should never be filed against another party.

Valid concerns of abuse should always be reported. The safety of children should be the paramount concern of all litigants, caseworkers, law enforcement, attorneys and judges. If you believe a child is being abused or neglected, immediately call 1-800-522-3511 in Oklahoma, or 1-800-252-5400 in Texas.

Whether you are the parent protecting your children, or the subject of an investigation, it is critical to have strong representation by an attorney with experience in abuse allegation matters. The family law attorneys at Ball Morse Lowe have extensive experience in the litigation of abuse allegations and issues relating to high conflict divorce and custody matters. If we can assist you in your divorce or custody matter contact us today or call (405) 701-5355.